A Tale of Two Countries: The Changing Face of Nationalism

As a young girl, growing up in the United States in the 1960s, we were all still quite patriotic. Sure, we were an imperfect people; there were raging global conflicts; and America was, at the time, a melting pot of diverse cultures. But being American, with a common e pluribus unum (from many, one) and liberty for all mentality, we were mostly united in pride and nationalism. We took pride in our history, sometimes overlooking flaws, and reveled in the intrinsic goodness of what we stood for. The people of the United States had made mistakes along the way, but we were always seeking improvement.

We were a patriotic people. Every Memorial Day, Flag Day, Independence Day, Veterans Day, the flags flew high from our porches. When I was a girl, our entire town, Blacks and Whites, Christians and Jews, would come together for parades, games, races and picnics in the parks lasting until dark when sparklers would be lit by the children and fireworks displays would illuminate the sky. 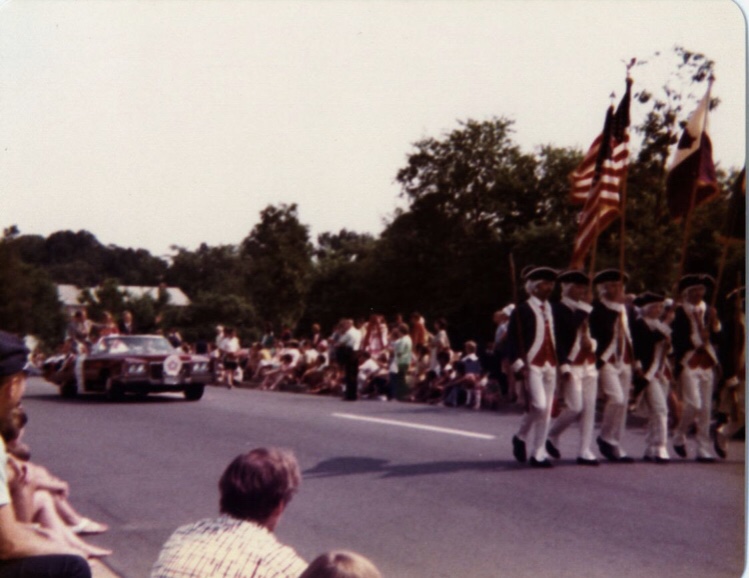 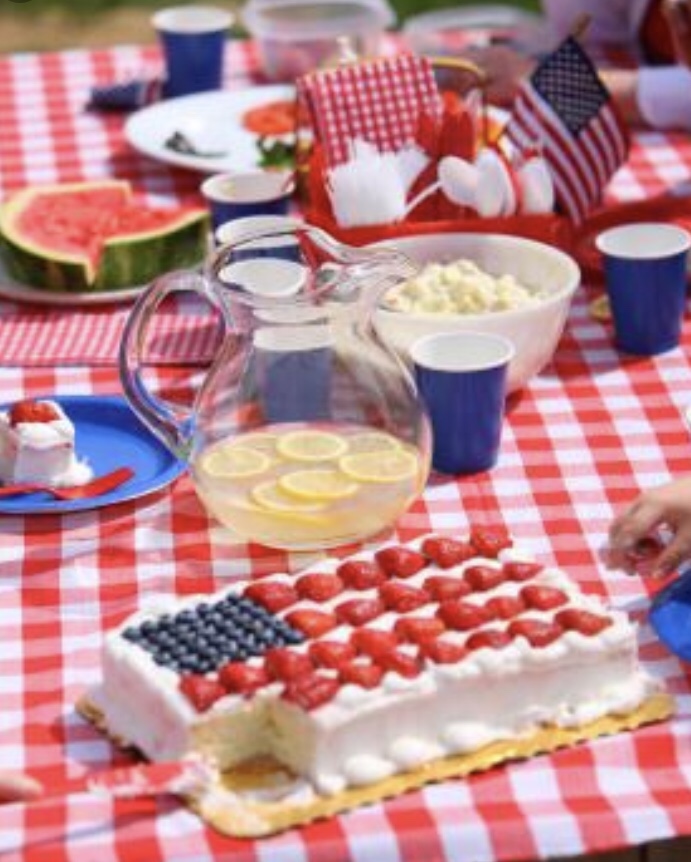 We were the children of pioneers, former slaves, immigrants escaping famine or religious persecution. We were farmers, factory workers, ranchers, suburbanites, city dwellers, Republicans and Democrats. We were vastly different, but always American, with a pride in our nation – not always seeing eye-to-eye, but united in the possibility of being able to achieve a dream with hard work and faith and shared community. Nothing was impossible. 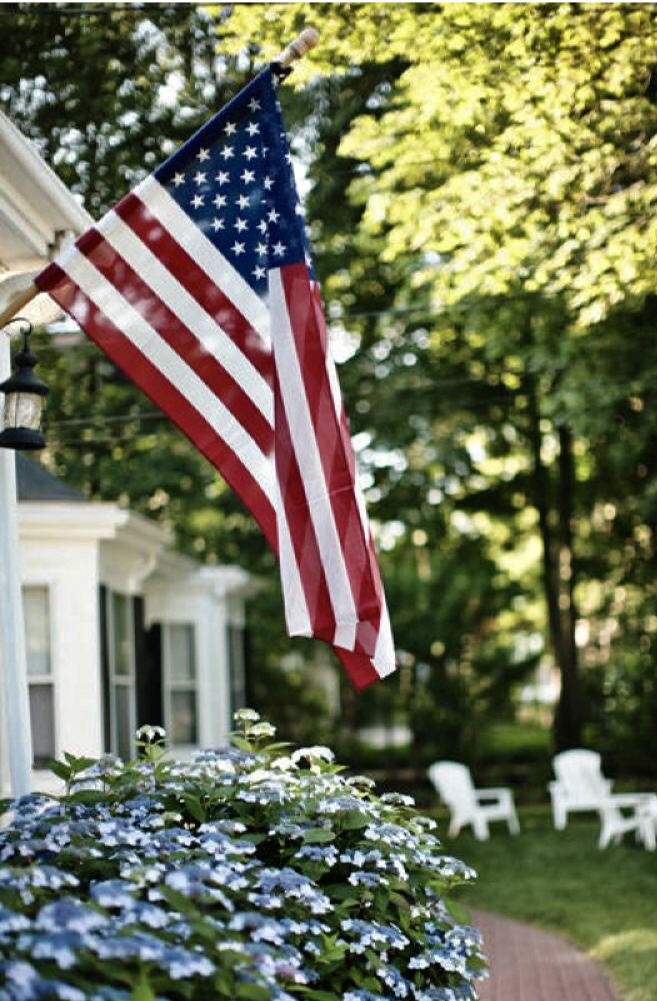 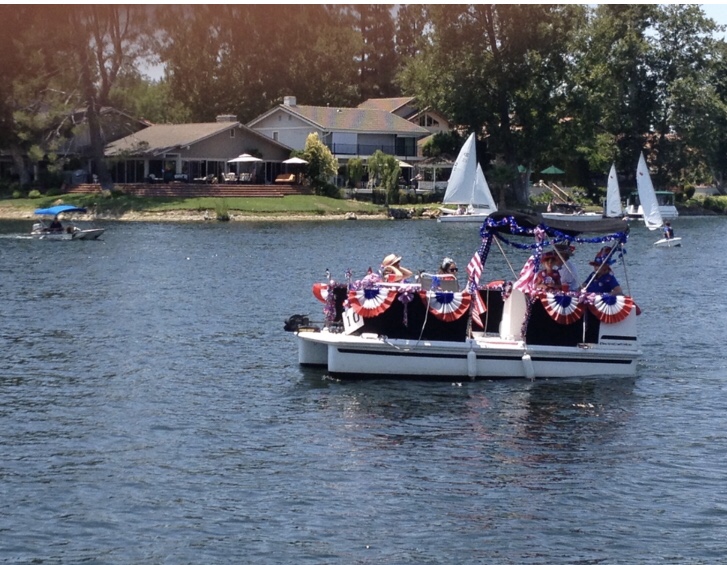 It deeply saddens me to watch what is happening in the United States from a world away. Today patriotism is equated with elitism. Nationalism has been skewed to mean chauvinism. There is a deep and growing rift between various groups, and what is acceptable today is all-too-quickly and easily tossed aside or branded as hateful and unacceptable by small, but vocal minorities seeking to change everything we once held valuable: among those the great constructs of freedom of speech, assembly, religion.

Living in Israel today reminds my husband and me of what life was like in the States in the 1950’s-1980’s. We are a nation of immigrants and immigrants’ children- a diverse mix of people from every nation, culture and language. We are farmers, ranchers, factory workers, techies, suburbanites and city dwellers. We each have our own cultures and traditions, yet we are proud to be Israelis living in the only Democracy in the MidEast. We have vast differences politically. We love to argue. We are sometimes stiffnecked in our opinions and religious traditions. We rarely admit we are wrong. Yet we are mostly united. A motley band of brothers.

For the past few weeks, Israel has been getting ready to celebrate our 71st Independence Day. Israeli flags are hung from posts over every highway, overpass and bridge. People are not ashamed of hanging the flag from their porch or balcony. Flags on cars, city buses. Blue and white string lights on homes and city intersections. 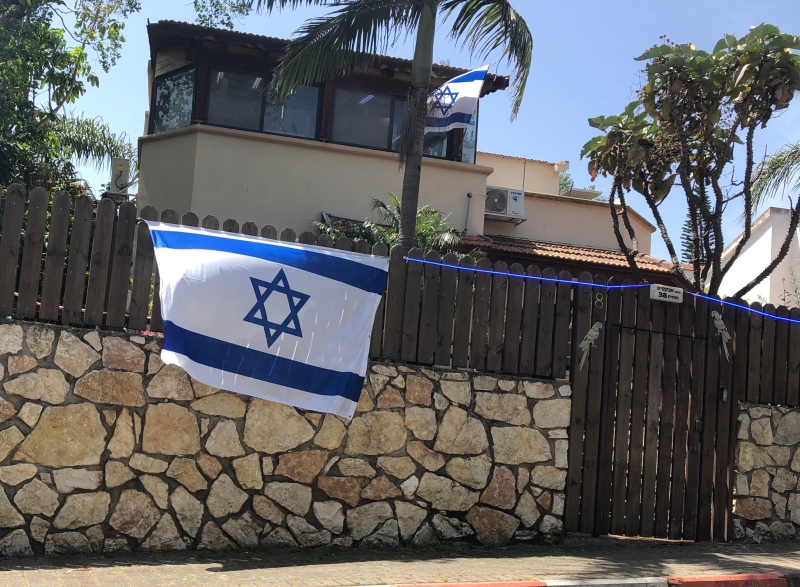 You can see the national pride everywhere. And it is not a bad thing. It is not a display of superiority or power. It’s a pride of residence, of having come this far in 71 short years. Of togetherness… despite our differences. We live in a bad neighborhood where many of the neighboring countries want this tiny nation obliterated. The last week was a testament to this fact. Yet we emerged stronger than ever this week, resolved to exist, determined to succeed.

Wednesday Israel remembered the cost of living in this bad neighborhood. It was a national day of mourning and remembrance of all those killed defending this land and all those murdered in acts of terrorism. We mourned the cost of freedom. Then, as the sun set on Wednesday evening the mourning turned to joy at our Independence. Fireworks displays from every city, town and yishuv took the place of missiles. Concerts featuring headline acts in most cities took place.

I attended our local concert with music by Moshe Perez, Static and Yael Dayan. The amphitheater was packed with families: there were religious and secular Jews; neighboring Arab villagers; young and old all celebrating our country’s freedom. Vendors selling all sorts of ethnic foods mixed with those selling flags, the ubiquitous inflatable hammers, light-up and glow-in-the-dark accessories. The town squares were all lit up and revelries we’re taking place on porches and balconies. One apartment complex opened up their common space as a thank you to all servicemen and women. 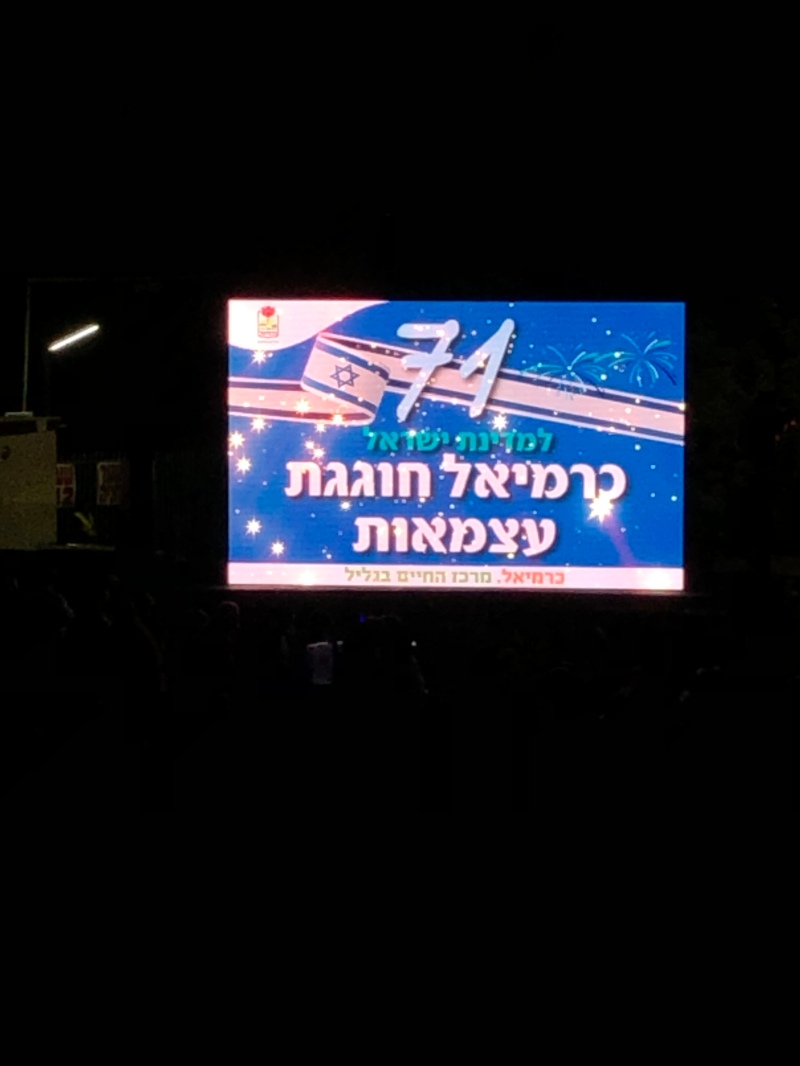 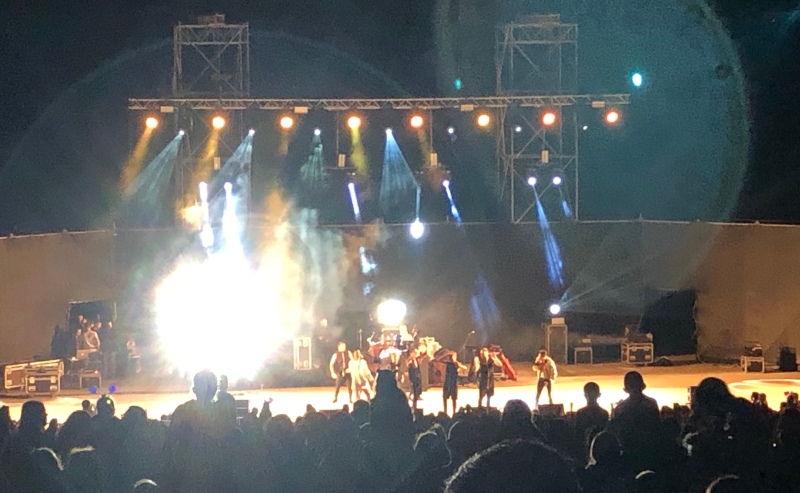 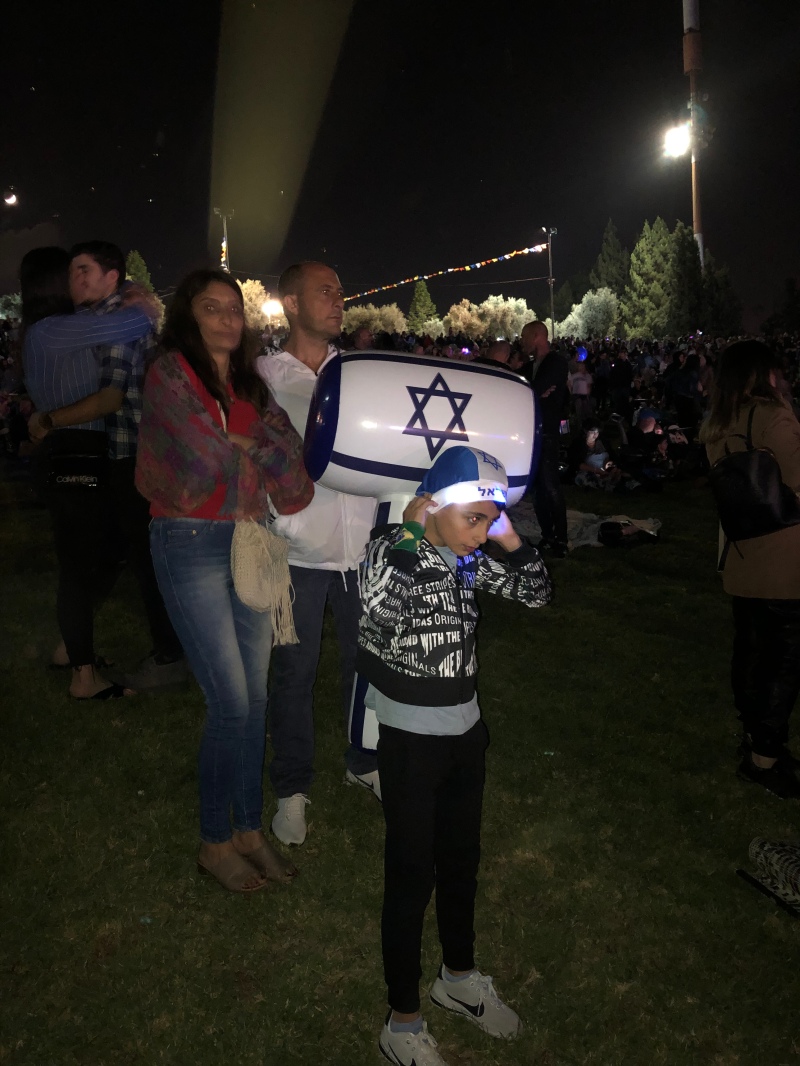 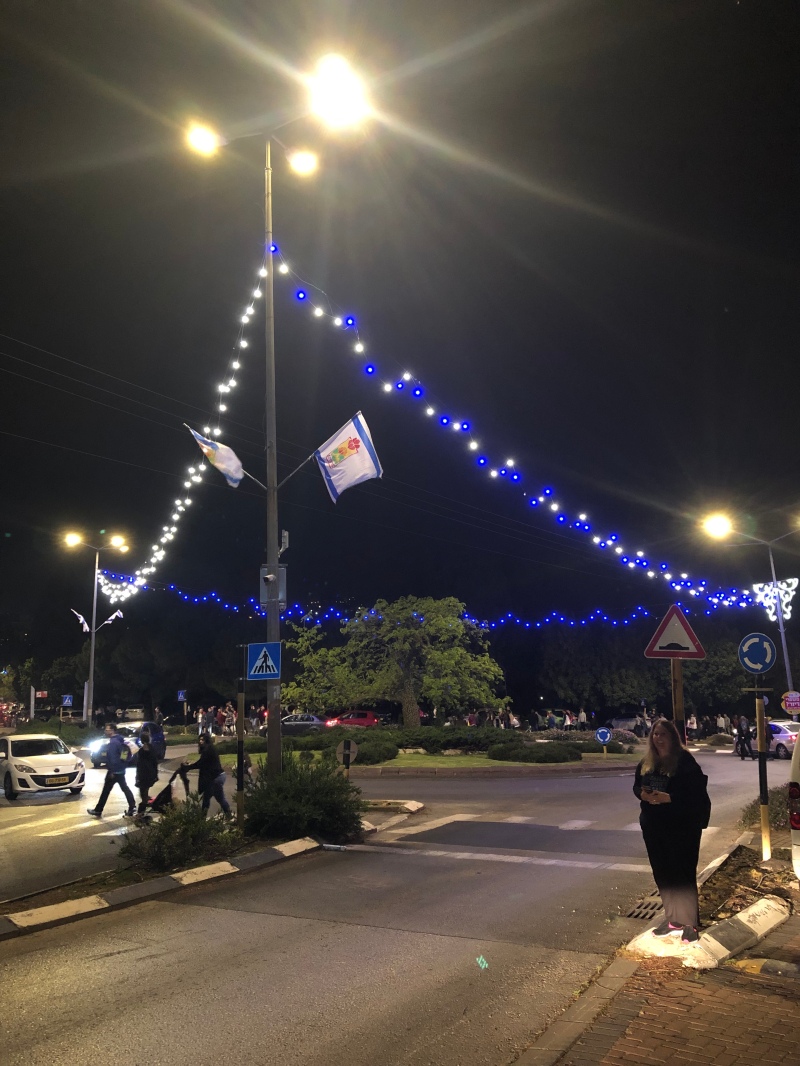 Thursday the parks and beaches were packed with picnickers. The smell of the barbecue was pervasive. Many towns held local parades with bands and floats. And everywhere the flags. It reminded me of the July 4th celebrations of my childhood. A celebration of patriotism, of accomplishment, of our existence and national pride. Without reserve. And it was glorious!!!

This week Israel hosts the Eurovision International Songfest & Competition. It’s a source of great national pride. We will also be hosting several international sporting events this summer. To be able to root “for the home team” is still a big deal here as is standing for the National Anthem. As is waving a flag. As is being a proud citizen of a nation despite its flaws. Nationalism. Identity. Patriotism. These are all good things. They define who we are and look to what we can become.