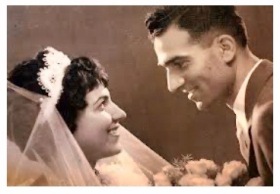 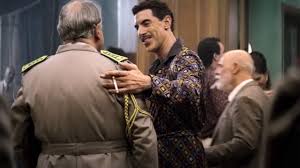 I had heard the story of Eli Cohen and of his heroic contribution to the security of Israel when I was a young teen. He was one of those larger than life characters for me in modern Israeli history. This past winter we watched the Netflix series, The Spy, with Sacha Baron Cohen in the starring role. It did not disappoint! Action-packed and suspenseful, after seeing the story I couldn’t wait to get out and follow the Eli Cohen Trail to see some of the places where it all took place. 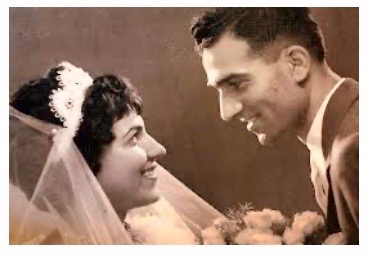 Eli Cohen was born in 1924 in Alexandria, Egypt to Syrian Jewish parents. In 1947, his family made Aliyah to Israel leaving Eli behind to assist the Jewish community in Egypt and to help with Zionist activities, a perilous venture at the time. When it became too dangerous for him to stay in Egypt, he emigrated to Israel ten years after his family.  Eli met and married Nadia in 1959 and they started a family in the idyllic coastal town of Bat Yam where he worked as an accountant.
Eli Cohen was a striking man with an aristocratic swagger: swarthy, tall, very handsome and very intelligent. Besides speaking flawless Hebrew and Arabic, he was fluent in Spanish, French and English. Cohen was recruited by the Israeli Military Intelligence (Mossad), trained for two years, and then sent to establish a new “fake” life in Buenos Aires, Argentina where he posed as a wealthy Syrian businessman, Kamel Amin Thaabet. While in South America, ‘Thaabet’ cultivated friendships with the rich: tycoons, politicians, diplomats, military leaders. His wife, Nadia (still in Bat Yam) only knew that her husband was working oversees for a defense company.

He relocated to Damascus, Syria in 1963, where he moved into a most lavish penthouse apartment directly across the street from the Syrian army headquarters. He was the wealthy Syrian expat, returned home, throwing lavish parties with all the most important Syrian high society in attendance- and lots of alcohol and beautiful women. Kamel Thaabet was loved by all the top leaders, who never suspected him of being a spy until the very end. He was generous in giving out advice and loans. He passed on vital information to Israel through radio telegraphing and during business trips to Europe where he would have secret rendezvous with his handlers and would also be able to see Nadia for a week at a time.

In 1964, he relayed info to the Mossad about a Syrian plot to steal Israel’s water from its source in the Upper Golan mountains. The IDF would be able to bomb the Syrian equipment, halting the diversion of their main water supply. Thaabet made frequent trips with Syrian generals to the Golan Heights. The Syrian army had command of the most strategic spot militarily. Ramat haGolan overlooks the entire Hula Valley just north of the Sea of Galilee. This incredibly fertile land is one of the most productive of Israel’s agricultural areas. From the Heights, the Syrian army positioned snipers to continually shoot down on the farmers working their land. They would often shell the kibbutzim on the other side of the Jordan River. This was a regular occurrence that spanned decades. 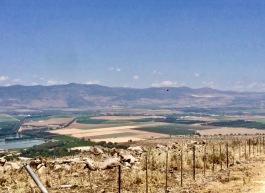 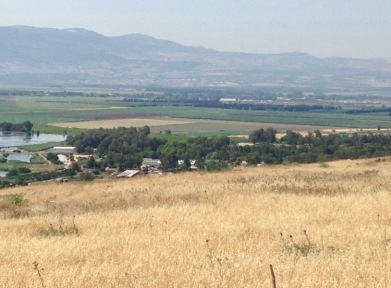 Feigning sympathy for those poor Syrian soldiers baking in the intense summer heat, Thaabet bought hundreds of imported eucalyptus trees to be planted at each of the outposts. It would provide much needed shade and would also pinpoint the exact location of the embedded troops for the IDF. Even smarter, Thaabet/Cohen, planted one tree for each platoon stationed up there. A large grove would signal a larger battalion and bunker locations and the largest clump of trees signaled the headquarters. Just brilliant! He also told the Syrians that the shade would provide cover for the afternoon reflection of the sun on their telescope/binocular lenses. They had no reason to doubt his altruistic overtures. The Eli Cohen eucalyptus trees proved to be a vital part of Israeli defense and can be seen dotting the mountain plateau today. 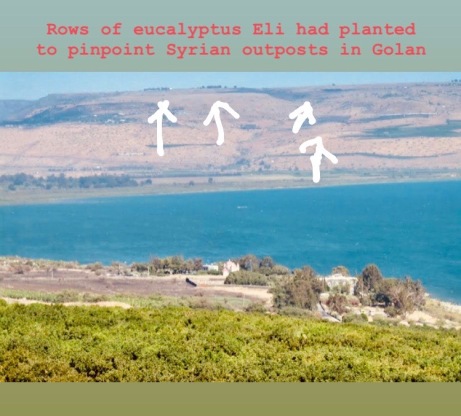 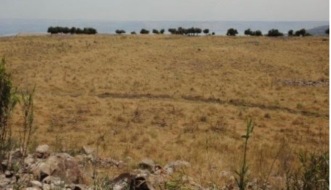 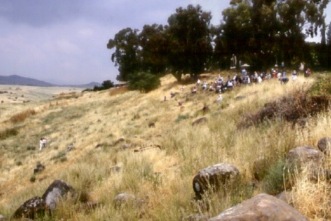 A few weeks ago we decided to drive the Eli Cohen Trail in the lower and upper Heights with the company of two other couples. Our native Israeli friends are history buffs well acquainted with the area and Eli’s story, so picnic in tow, it made for another perfect day. Our first start was the old checkpoint separating the Lower Golan from the Upper Golan. There was an abandoned building that served as the Officers’ Club -a place Thaabet frequented to get the latest military info. 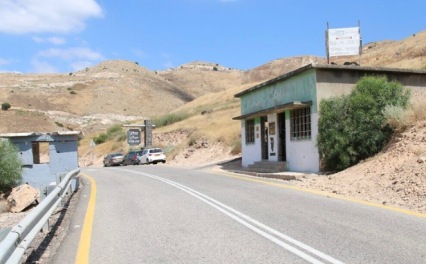 Traveling the wild grassy plains of the windswept barren Golan is always an adventure for me. In many places there are still minefields planted by Syria before the Six Day War. The IDF is working to clear them out now, field by field. Fortunately the minefields are all well mapped out and marked with barbed wire and warning signs. Military bases dot the landscape, and frequently you can watch tanks and soldiers in training. Surreal is a grand word to describe the Golan. Besides the many army bases, it is a place where the cattle roam (Angus ranches and real cowboys on horseback!!!) and the antelope, wild boar, and wolves play. It’s a countryside patchworked with fruit orchards, vineyards, wineries, and Druze villages. Ancient ruins are scattered among the basalt rocks and on high cliffs just east of the Jordan River and Sea of Galilee.

Our next stop was a small Syrian outpost, mostly a bulwark of rocks and trenches – but with great views to the valley floor below. Today there is a modern sculpture of Eli looking out in all directions. The face that points towards the Galilee is the only one with an open mouth and large smile.

We drove north a few kilometers until we reached Tel Facher, once the main outpost of the Syrian command in the Heights. This is where having Gabi as a guide was an optimal experience. He explained that the Arabic armies were closely allied with the Nazis during World War II. Both nations were united in their hatred of the Jews and of the Jewish Homeland. As the Jews drained the Upper Galilee swampland, and worked the land in the 1930s and 40s, the Germans helped their Syrian compatriots to enforce their bunkers. The Nazis were experts at reinforcing the concrete with basalt… basalt from the Golan was shipped by Syria to Europe to help the Nazis build their underground shelters. Basalt is one of the strongest naturally occurring rocks, making the bunkers bomb resistant. Gabi explained that the Syrian officers would lock their soldiers in the bunkers at night so they would not desert. Because of the impermeable bunkers and the information relayed to the IDF by Cohen, the only way to effectively capture these troops during the Six Day War was through hand-to-hand combat.

Knowing this, the IDF specially outfitted the tank treads on their Merkava and Sherman tanks. They were modified from tanks with spring suspensions to tanks with hydraulics enabling maximum torque so their suspensions would not be torn up when hitting the basalt rock and concrete bunkers. Syrian tanks -were Russian built with suspensions too low to the ground. It tore up the tanks, rendering them useless. Abandoned Russian tanks still dot the landscape. 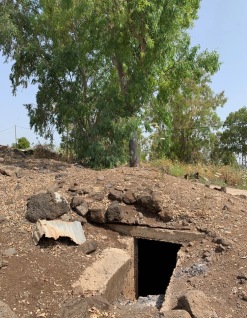 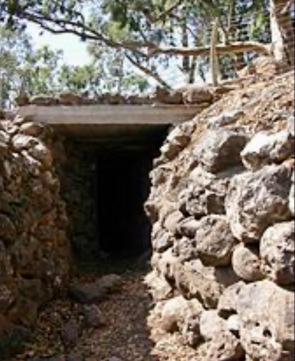 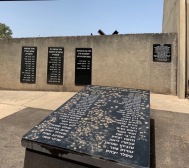 At the pinnacle of the hill/outlook at Tel Facher is a monument to all the troops that fell in this battle of the Six Day War. It’s quite sobering to read the names and ages of the fallen IDF soldiers. Today, it’s a site where army groups and school groups come for a lesson in Israeli history. My son’s military base was right up the road from Tel Facher, and he was in one of the groups that visited the site.

From there, we drove up to Israel’s border with Syria. Har Bental is a high mountain outlook with sweeping vistas overlooking the border wall, Syria and Quneitra. Visitors here can have a lovely meal at Coffee Annan and walk around the old IDF outpost listening to a prerecorded commentary in English. You can explore the trenches dug by the Syrian troops and walk through the IDF bunkers, now abandoned. In years past, we used to hear the sound of artillery coming from Syria, as rebel factions were shooting at each other. Today it is eerily quiet and oddly safe since the most recent Syrian Civil War has moved out of the area. Today it also serves as a UNDOF outlook and was the perfect place to spread out our lunch. There are numerous picnic tables dotting the area.

Just below Har Bental is what the IDF kids call the “Russian Hospital,” even though it is not Russian and was never a hospital. It was the office complex for the Syrian army. A grand building in its day, with a majestic, sweeping staircase, the building was host to grand parties, diplomatic meetings, and military planning. It was a place very familiar to Thaabet – he frequented this building many times, gaining access to Syrian military secrets. Today it is a bombed out, gutted shell, covered in some beautiful graffiti. I walked the halls taking pictures and imagining Eli Cohen confidently  striding beside me. 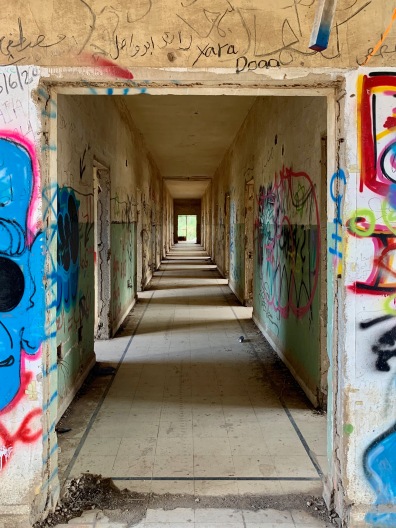 Because the Syrian high-ups knew there was a leak in their intelligence, and that it was coming out of Damascus, they launched an all out effort to locate the source… never suspecting Eli Cohen/Kamel Thaabet. Radio silence was imposed – the electricity cut block by block each night in order to find the spy. Radio transmission to Israel was intercepted as Cohen tapped out his message. They knew it came from his apartment complex, but couldn’t charge him as a spy – to save face. Cohen was brought in to the ‘Russian Hospital’ for interrogation – under intense torture. He was brought to trial in Damascus. Cohen was not afforded a defense attorney. He was convicted on illegal entry into the Syrian headquarters without permission. A mandatory death sentence was imposed on anyone who entered the secure area under false pretenses. That’s  what they got him on: being a civilian in a military area. Israels’s most effective spy was hung publically in the Damascus town square May 18,1965, the photos sent to Israel. His body was never returned, and supposedly no one knows where it is. His wife, Nadia, has made several attempts, along with the Israeli government, to have his body released, all unsuccessfully.

Not far from Bental, near the Syrian border, a monument has been erected to his memory. It is a representation of his wife and three small children looking out across the now-peaceful plain towards Damascus waiting for Eli to return. It’s a bit surreal to know that Damascus is a mere 36 miles from this spot.

Eli Cohen was the quintessential Israeli. He was dedicated and loyal to his beloved country, to the point of sacrificing his own life. His work was beyond dangerous. Even though he dearly loved his wife and children, and was fully aware that at any moment his cover could be blown, his desire to serve his country was his overriding motivation. The intelligence he transmitted  was invaluable. He successfully infiltrated the highest levels of the Syrian military and government, providing Israel with the most important detailed information. People. Places. Numbers Strategies. Cohen’s information would enable the IDF to capture the Heights from Syria and be victorious in the Six Day War.

“I do not regret what I did and if I do regret anything, it is what I could not accomplish.”  -the last words of our man in Damascus, Eli Cohen

2 thoughts on “Our Man in Damascus: Tracking Eli Cohen”