It’s quite odd the way perspective changes. Back in the States, may husband used to joke with me that I was a martyr – with a little “m.” Not a noble martyr giving one’s life for a glorious cause, but a “martyr to the mundane.”  As another of five children, my least favorite job was the endless amount of laundry.  As soon as one load was finished, the baskets seemed to be filled and another load would have to be done. Constantly. Continually, Incessantly. Every day. I admit – I complained a lot; I whined over it: pleaded, cajoled….I hated doing laundry – even when the girls would pitch in to sort, fold, and put away. Today it’s a completely different story. The piles are much smaller, and much smellier and dirtier at times. But I take that pile with a sense of honor and love. The tears I cry are a different sort. They are the uniforms of an IDF soldier serving on the border, a dangerous border. The pile now means he has once again returned home, alive, safe and altogether well. The tears I shed over those piles today are tears of joy and pride. No longer do I complain over the work; I actually look forward to it.

When my son first entered the army, my husband and I understood nothing. All the vocabulary (in Hebrew) was different. Different procedures, protocol, schedules. Somehow I learned of a couple fabulous online support groups. One is parents of Lone Soldiers, soldiers who come to Israel to serve from different countries around the world. They speak limited Hebrew at best, and are put into a six month Hebrew intensive course first off (Max skipped this as he had already attained proficiency to serve). The parents have banded together to ask questions, share stories, and give support to one another. The group also include new olim, immigrants to the country for less than a few years. We are able to help those who have no knowledge and experience. Still… after the warm welcome that first week Max drafted, we received four pages of terminology that would come up – everything from parts of the uniform, the ranks, the assignments, so much more. All Hebrew terms were translated into transliterated English with definitions. This was soooooo helpful, as our kids would speak to us with a new vocabulary. 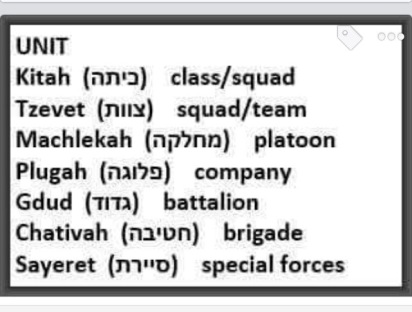 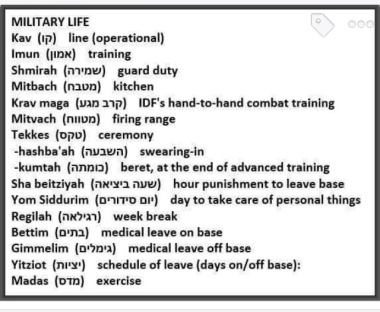 It’s been quite a learning curve. Max served out his basic training very close to Gaza. We had so looked forward to his tekes kumta, the swearing-in ceremony when the soldier receives his assignment and beret. I heard of how moving this is from other parents of soldiers. It is more than just another rite-of-passage. Some parents fly in from Europe, the Americas, Australia – to attend. And as we found out, the swearing in can quickly become a closed-base ceremony. In our case, Hamas had been firing rockets into Israel that week, and it was not only a logistical nightmare, but deemed potentially unsafe for the families to be traveling to the area. So, we were to able to be there as our son was sworn in and we were not able to see him receive the #1 soldier award. But there were other parents we could commiserate with.

I also belong to a very special group for Anglo moms in Israel. And have since joined a small group taking care of our Lone Soldier kids. We are all a big family now. As my son is making new friends, so am I. We are currently working on several projects: baking cookies for the kids, offering our homes as host places for Shabbat dinners, places to do laundry, shower, rest, have a supportive English-speaking adoptive home. These are people we wouldn’t ordinarily get to know otherwise. Because some of these exemplary young adults are “jobniks,” they have day jobs (non-combat) in computers, as medical support, mechanical support, office work – they do not have assigned base housing. These kids get a stipend each month in addition to their very small salary to go towards housing, but often this is not enough. So this group of caring women have been holding fund-raisers to build another single-sex group home for these soldiers, so that on their days off, they have a true home to go to. Top designers have agreed to showcase their time and talents by painting and furnishing the rooms and communal living spaces.  The parents have fund-raised to ensure stocked refrigerators and other basic necessities. Currently, I’m working with a small group on the cookbook fund raiser. We’ve collected soldier’s favorite recipes from the moms. Included will be a photo and short story of each Lone Soldier, as well as a tribute to one of the first, most famous, and valiant, Michael Levin of Pennsylvania who gave his life in the War with Lebanon in 2006 as a special ops paratrooper. The cookbook will be able to be purchased at different sites in the US by December… please contact me if you would like a copy or know of an outlet (synagogue, store, private school, church, community center) where they could be sold. So life for us has taken on an added new dimensions that is totally enriching our lives.

So, now Max is serving on a border.  Because of the sensitivity, there is much I’d like to write, but cannot for his safety and for the protection of the state. Also, there is much he is not allowed to tell us. He has a security clearance.  He’s told us a few things, but even with that, there are things I’d prefer not to know – like near misses…. I prefer to just pray for their safety. I do know a few things: his unit is working first hand with the United Nations Disengagement Forces. Last weekend, Max brought home his first diplomatic present – it’s customary for a UN troop to give a small token to the soldier they work with along with a pin for their uniform from that country’s representative.  As the front of his Swiss Army Knife was engraved with the Captain’s name and unit, I decided to show only a picture of the front.

So Max is loving the adventure so far. This week, he has been sent on a 4-6 week training course in Tel Aviv  in order to be a non-comissioned officer. When he returns to his border base, he will have more responsibility and will be a corporal or sergeant, if I got that correct. Sometimes he wears an olive green beret, other times a black or deep forest green, depending on his job at the time. The red behind the badge means that he is serving on a border, the seal – I’m not sure. Unfortunately I did not get a good picture, but he was allowed to grow a beard for religious purposes during the time between Passover and Shavuot, the Feast of Weeks. When he walked home, I realized he had grown into a man. He was no longer my little baby, my teenager, my kid. Max is maturing and growing and learning with each and every opportunity and experience. He is getting a different kind of world class education as he interacts with people from all over the world. We are very proud of all his accomplishments, and we pray for his safety and for the safety of all the IDF. We pray for peace in the area, for a cessation of knife attacks and car-ramming on the soldiers. We now know that a uniform is a certain king of target for terrorists. We ask your prayer for these courageous young people as well…. and I will never complain about laundry duty again. It’s all a matter of perspective! 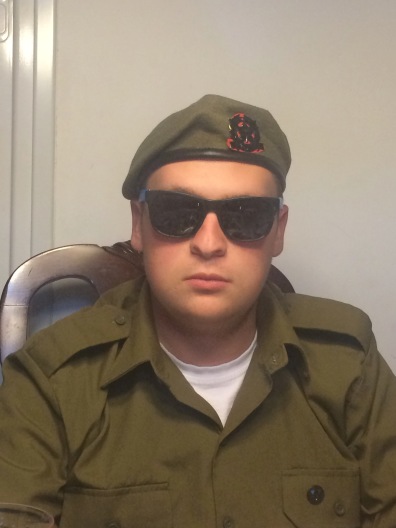