It’s been a long and busy couple of weeks, so I’ve decided to take a little break and do a different sort of post. Visual and artsy, I am taking a request from one of my daughters. I’ve always been smitten by windows, doors, flowers, and architecture. Many of the photographs I’ve taken have been of the beautiful and, for me interesting, glimpses into the varied buildings in Israel. I hope you will find peace in these images. The first set is from Jerusalem….

The Yemin Moshe neighborhood in Jerusalem

I love the Elijah Raven perched on the grating

I love the vacant space on the top floor. Jaffa Street. Jerusalem

The next grouping was taken on our recent trip to the artists’ colony at Ein Hod, off the Mediterranean Coast south of Haifa. 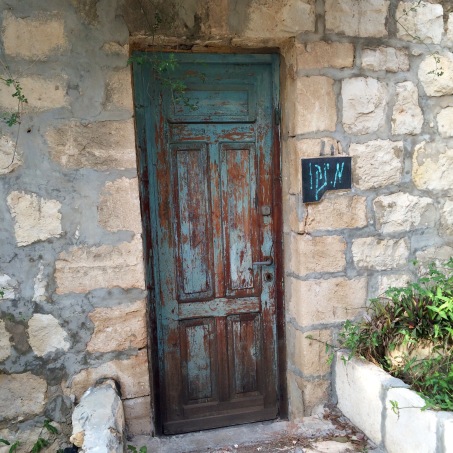 The Galilee has so many different little cities and villages each with their own unique flavor….

The juxtaposition between the run down home and the satellite dish is lovely. Nazareth

Tsfat Doorway with Star of David and Lion

The last set was taken over the past year in Tel Aviv/Yaffo and in the Central Region of Israel, Bet Shemesh & Abu Ghosh…. 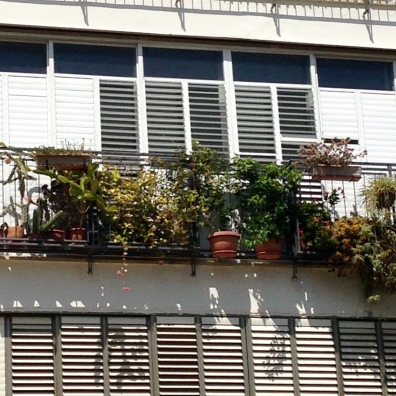 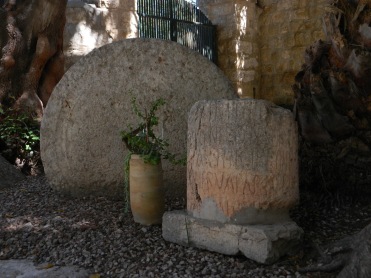 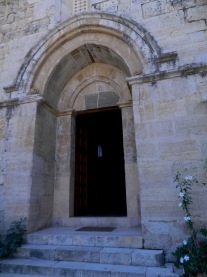 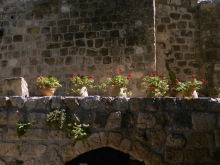 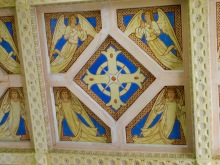 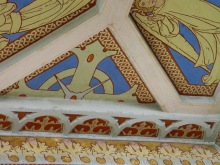